Anambra State has been identified as the worst hit by the impacts of climate change in Nigeria and the wider African continent.
This was revealed by Africa’s leading climate change expert and head of the Climate Change Education and Action Program (CLEAP), Mr. Elochukwu Ezenekwe, during an education session at the government house in the capital city of Awka, Anambra State.

Chioma Nwafor, a staff of the Peace Advocacy and Sustainable Development Outreach (PASDO) present at the meeting, revealed that the lecture was organized by PASDO as part of its CLEAP program that is aimed at galvanizing climate action by educating stakeholders and actors at the community, local, state, national and international levels. 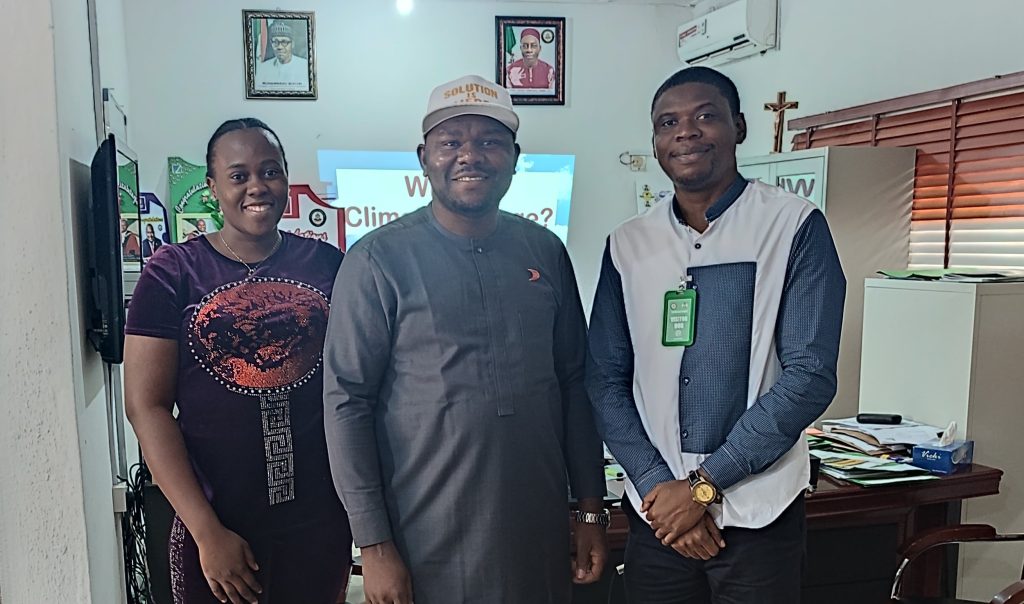 According to Mr Ezenekwe, “climate change hits us in Africa through various extreme weather and climate-related events that include drought, flooding and gully erosion.

Drought and desertification is the least destructive and easiest to manage. Flooding is more destructive but usually allows for recovery of houses and properties when the waters recede.
But for gully erosion, the damage is comprehensive and total. Be it classrooms, community health centers, houses, crops, farmlands, roads, electricity infrastructure, livelihoods and all, everything collapses into the very deep gullies and nothing is recovered.
Anambra state suffers from flooding and is also the headquarters of gully erosion in Africa, hence there is need to prioritize or even out rightly declare a climate change emergency in the state.”

On climate change mitigation, Mr Elochukwu Ezenekwe admonished the government to take needed steps to start earning income from the carbon credit and emissions trading opportunities presented by the large scale tree planting program as well as the massive evacuation and treatment of wastes being undertaken by the Professor Chukwuma Soludo-led administration.

In his reaction, the Chief of Staff to the Governor of Anambra State, Mr. Ernest Ezeajughi, commended the climate expert and the nongovernmental organization, PASDO, for embarking on the noble work of enlightening the government on the challenges and inherent opportunities that can be explored.

Mr Ezeajughi revealed that the Governor has actually made the target of planting one million trees to be yearly (with four million trees to be planted over the next four years), and also pledged to coordinate with the executive heads of relevant ministries and agencies to design the best modality for implementing the recommendations proffered by PASDO.

It is worth noting that before taking up the present assignment as Chief of Staff to the Anambra State Governor, Mr. Ernest Ezeajughi was the Mayor of the London Borough of Brent where climate change emergency was declared 2019.